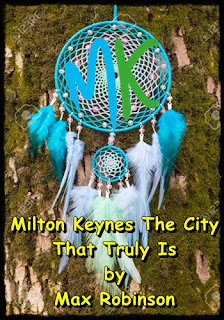 As I write this part of my presentation I will have to be careful and try to keep it  short !  I could actually write a book. I HAVE written a book, two books: Not The Concrete Cows published in 1991 and Milton Dreams The City That Never Was published  in 2020.

Of all locations in Britain I think I would be right in saying nowhere can beat Milton Keynes for such a large number and wide diversion of legends. A legend ?  It could be true, it may be true, it doesn’t have to be true but it is the grain of truth within a legend and what it contributes to a legend that counts.

Fenny Poppers – Saint Martins Church in Fenny Stratford Milton Keynes is the only church in the country with a firearms licence ! It needs this to store the gunpowder for the annual firing of Fenny Poppers. I am deeply honoured to have been invited to fire the 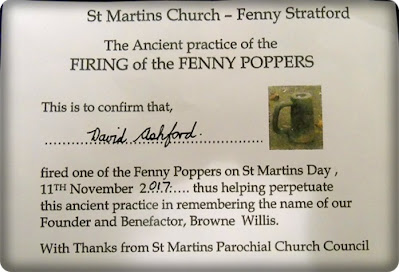 poppers not once but twice. The poopers are fired on Leon Recreation Ground, a park given to the town by the Leon Family of Bletchley Park. There is far more to Bletchley Park than the codebreakers.

Milton Keynes Dinosaurs – Jurassic Park eat your heart out. Milton Keynes has not one but two dinosaurs. The Peartree Bridge Dinosaur where the Rock Group Bon Jovi did a photoshoot and Leonasaurus a project which I am proud to say I ran at Leon School. I 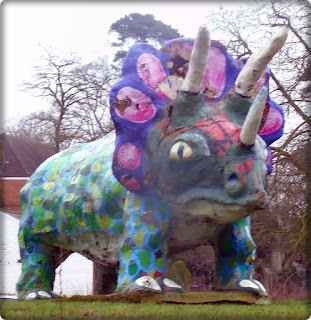 may have co-ordinated the project with my students but it was community artist Bill Billings who built the giant structure with those students. Bill, of course also built the Peartree Bridge Dinosaur. More than thirty years old both are still proud icons within Milton Keynes.

Dial A Bus – visit Bletchley Railway Station and on Sherwood Drive you will find a slightly eccentric layby and entrance to the station. Few people today will know what this is. It is a piece of Milton Keynes History and Heritage. Milton Keynes Dial-a-Bus providing on-call transport from Tinkers Bridge, Netherfield and Bean Hill to Bletchley. There were special telephones at the end of each street for residents to call for a lift. This was not only a transport system but also a planning tool within the development corporation finding out the numbers of potential passengers and routes for a more traditional future ‘bus system. 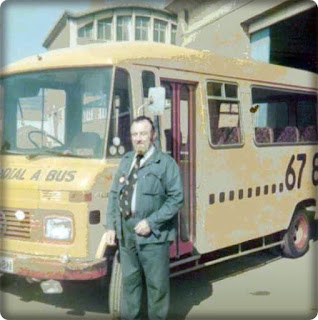 Mary’s Ghost – Legend says a small child, the daughter of the local blacksmith, died in the Black Death in 1348/1349. Along with so many she was thrown into The Fenny Stratford Plague Pit. Six hundred years later legend said her ghost used to roam the local school looking for friends to play with. Footsteps could be heard in corridors and open doors to classrooms would suddenly close without anyone touching them. 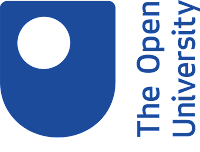 City That Never was is dedicated to Sir Harold. Centred on Walton Hall in Milton Keynes it took over the local parish church. My parents-in-law were married there. The church was deconsecrated and is now a lecture theatre.

·     The Point – Milton Keynes was chosen as the first location for a multiplex cinema, the first in the country.  Opened in 1985 it is sadly now scheduled for demolition but that demolition can not take away its importance within our developing new city and when it is no more it will still be an iconic legend and an important part of our heritage. 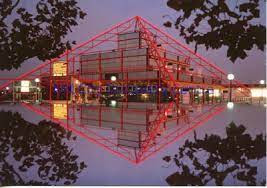 ·    Keep Willen Forever Tranquil – When Milton Keynes Development Corporation drew up its plan for the grid road system nobody initially spotted something which would later cause a bit of a public outcry.

If you want to build a new city and concrete over all the fields that will seriously upset the natural drainage system so what do you do ? The answer is you build lakes, balancing lakes, and move the surface water into a system where the various lakes are linked together. The very first  balancing lake was Willen Lake and was quickly taken into the hearts of we Mkeyneyans. What nobody noticed was on the strategic plan of The Milton Keynes 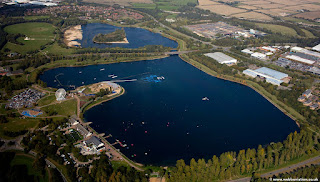 Development Corporation was a dual carriageway going right across the lake ! A protest organisation was set up under the name Keep Willen Forever Tranquil but is failed. In my book Not The Concrete Cows I referred to this road, Portway, as a folly of Milton Keynes and published an article about the foolishness in the local paper.

Visiting Willen Lake today and not having been around in the early days of our new city you could well think Willen is a natural lake and not manmade. It is indeed tranquil with the Portway Bridge hardly noticed.

Willen Lake has its own legends, oh yes it does !  For a time there was a giant fountain shooting water high up into the air. The plan was for this to be visible from the M1 Motorway but it could never be forced so high. It came and it went. When you flushed your toilet the water went to a sewerage processing plant at the back of the lake. Coca Cola, the world’s most recognised brand for a time had a giant canning plant adjacent to Willen. Legends within a Milton Keynes icon.

·     Bletchley The Home of The Teabag – A major employer in Bletchley over many years was Tetley Tea. Legend says Tetley invented the tea bag in Bletchley. Perhaps it did, perhaps it did not but certainly development and early production centred in Bletchley. 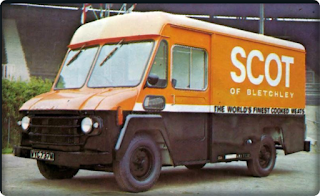 Bletchley The Home of The Sausage – Scot of Bletchley – makers of the world’s finest cooked meat. That was far from an empty boast, it was one hundred percent true. Nobody could make a sausage like Scot of Bletchley. In the early days of our new city there were just not enough people available for Scot to employ in its Bletchley factory. Coach loads of workers were brought up from London. Sadly Scot sold out to a giant but lesser brand from which the country was denied the world’ finest cooked meat but never forget that for a time Bletchley was the home of the sausage.

Maggie Thatcher Made In Milton Keynes – When The Centre MK Opened on Tuesday 25th September 1979 that opening was performed by Prime Minister Margaret Thatcher. While she 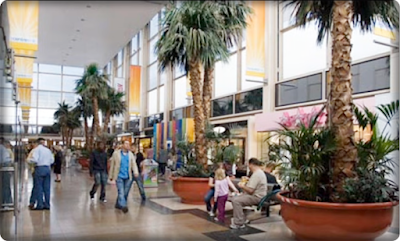 opened what was then the largest indoor shopping centre in the country she probably came to buy a new handbag at John Lewis. The shopping centre ran a television advert YOU’VE NEVER SEEN ANYTHING LIKE IT – CENTRAL MILTON KEYNES SHOPPING AS IT SHOULD BE.

People flocked to the centre, coaches of shoppers poured into The Centre MK – Shopping as it should be. The centre’s management team released a record of the advert’s theme. I am not sure it got anywhere in the charts but that does not matter.

Did Maggie buy a new handbag on her vist back in September 1979 ?  That does not matter 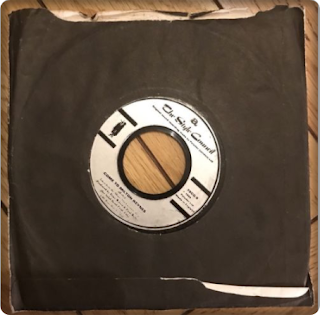 either. That is perhaps a silly legend but what is fact is Margaret Thatcher got her coats from Rodex in Bletchley. Milton Keynes Development Corporation was proud of this fact. When I took the first student study exchange to Sacrament California from Leon School I was given £50 towards the costs by the Development Corporation along with a few hundred leaflets from Rodex Coats to hand out to teachers in the American school !

What is That Smell – The first time I came to Bletchley I got off the train, stood on the platform and inhaled the most evil stench I had ever smelt. What was that ?

It was the sulphur smell from the London Brick Company’s kilns. Long gone this once stood where today we have Newton Leys.

London Brick but bricks from Bletchley. Bricks which were sent all over the country to build 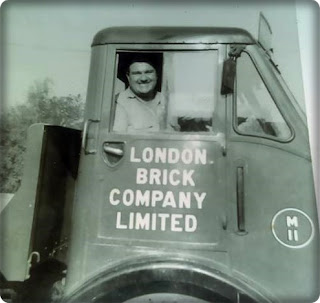 houses. Milton Keynes did not only build homes within its designated area, at least its bricks did not.

There are millions upon millions of bricks in cities everywhere which came from the new city of Milton Keynes. Located on the Oxford Clay Belt there was no shortage of clay with which to make these bricks. As the clay began to run out so ceased the operation of London Brick. One of the pits from which the clay was dug is now a wonderful nature reserve, The Blue Lagoon Bletchley.

The legends and icons continue tomorrow with: 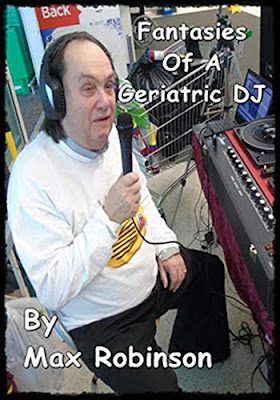 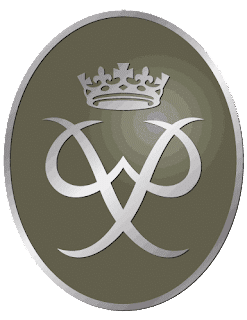